March of Dimes was founded in 1938 by President Franklin Roosevelt after his personal struggle with polio led him to create an organization to fight and combat the disease. The March of Dimes funded research that led to the development of a vaccine. This vaccine has effectively ended the polio epidemic in the United States.

When the original mission was accomplished, the organization turned its focus to preventing birth defects, and infant mortality. This is where the pink and blue awareness ribbon came into play. Pink and blue had long been the colors associated with Prematurity and infant mortality and the March of Dimes supported and sold these ribbons for years.

In 2003, the foundation launched their Fight For Babies Campaign- an intensive, annual campaign to raise awareness and funds for research into the causes of prematurity. 2011 marked the very first year that the campaign spanned the globe in the first ever World Prematurity Day!

With the launch of the New Campaign came the new color. March of Dimes changed their organization color to purple. (Preemie purple?) Since March of Dimes is the number one organization for raising prematurity awareness and funds for further research on the treatment and prevention of preterm birth, the color purple was quickly adopted and is easily recognized as the color of prematurity awareness.

The pink and blue ribbons still remain, but are now associated with premature birth, pregnancy and infant loss awareness. 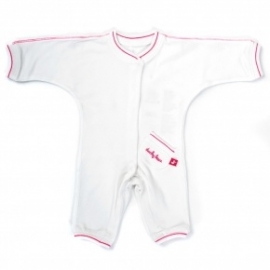